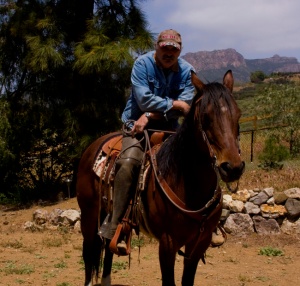 “Fairness, justice, and freedom are more than just words. They are a perspective.”

Often our Bureau of Land Management (BLM) neglects our nation’s laws, ethics, and Constitutional freedoms.  These same laws become merely words on paper, according to these particular people in this government agency, often unread and truly ignored by them.

And it is quite obvious, as one can surmise, the laws and ethics totally unknown by these same employees.  This is the most litigated and sued government agency in American history, and for the reasons just mentioned, and without question no other reasoning exists what so ever.

We, as tax payers continue to pay for this, and ironically the Abuse of our Wild Horses seems to be the recipients’ of these BLM employee’s anger and of their psychological and sociopathic ways. (see 1st article of this 3 article set at: http://www.veteran-journalist.com for more reference on psychology and behavior)

Bare with me and a proper explanation will evolve on the categorical statement heading above; You will then see it is not so absurd what so ever.

The fact is 70% of litigations against the BLM is for questionable conduct and usurping known laws.  Many ethical questions are involved as well, and even worse — from inappropriate or outright bad decisions; whereas, the litigation that follows is at the expense of us, the tax payers, and quite costly.

Often litigation is the result of a combination of things:

1.  BLM employees distributing bad information, or a lot of misinformation;

2.  They attempt to conduct their management of our Public Lands based on this same information, and pretend it is part of America’s Public Lands management ideology or scheme, but in truth — it is not;

3.  They inform the public as to appropriate necessity of managing particular parcels of Public Lands, the public then finds out later it was accomplished for a small portion of the public, often 1% or less, to simply become rich on tax payer money, i.e. Welfare Ranchers, oil and mining companies, etc., and within a BLM employees perception the remainder of the public can just go to hell;

4.  Then we have the Lobby Groups that include oil, mining, welfare ranching, energy, and on and on, which often leads to legal actions to reap profits from tax payer money as well — one Justice Department Attorney stated in confidence, with embarrassment, “There are a lot of swine trying to drink from the same money-trough, actually it is an over abundance of tax payer’s money!”

Ironically, and the point of mentioning this, is the fact that the Wild Horse Herds on our Public Lands becomes the scapegoat for every bit of the lies, irresponsible behavior, and outright bad conduct of BLM employees’.  This is where we can assimilate the BLM employees and their contractors into legitimate Animal Abusers.  Their reasoning or excuses for such behavior never seems to be right, rather being obviously bad behavior combined with sociopathic excuses.

Ethics and the BLM = None

Not so ironic the very existence of ethics remains ignored.  It’s as if a paradigm exists, simply stated, that being a government employee qualifies BLM employees the ability to ignore laws and ethics — and those same laws and ethics are only for the common folks.  Yes, the common folks, you and I, who pay our taxes, who abide by those laws and ethical parameters as written, and who receive severe consequences if not.

So the BLM, who out of a total arrogant attitude, attempts to consistently justify their ignoring of our nations laws and ethics, abound in illegal, unethical, and questionable behavior; Which includes animal abuse, specifically of our nation’s Wild Horse Herds, or even sending our Wild Horses to slaughter.

This happens even though we, as tax payers, continue to pay for the upkeep and feeding of these horses from many unnecessary roundups, and then discover this is not true either.  We find out it is also a lie given to the public by BLM employees.

But why would we, as horse people, expect the truth.  This during a time the BLM tells the public they are completely transparent, even though no one is allowed to go and preview and actually see the many permanent or temporary holding corrals our Wild Horses are located within.

We then discover, as the public and tax payers often do find out, the BLM has been caught in yet another lie.  Yes, now we discover they have been selling horses from the permanent holding corrals — yes, the same corrals we pay millions of dollars a year for as tax payers, and within the parameters of a specifically stated Horse-Count (this is important here), which in reality the Horse-Count does not exist at all.

After more than two centuries of this countries existence, volumes of words written about ethics, judgments, and laws exist.  Filed away in drawers, cabinets, libraries, and vast computer storage vaults, these words are there, available, to transition into our minds, or to act upon.  And all these words, all of these methods of making these words available, and the time most people have to read them, the majority of these words go unnoticed.  We have only ourselves to blame for such irresponsible conduct by those who we vote for and who represent us!  Ironically, the laws and spirit of the ethics, as written, go unnoticed, often ignored, by the very government and process that generates them.

It is simply time to change all of this!  With reason, responsibility, and having those answer to the Laws and Ethics of this land.  Yes, and as written in volumes of laws and ethics, making government employees responsible for their actions, rather than protected by the cloak of being a “government employee.”  This remains the only way to rid our government of these numerous questionable actions of these employees and deviant individuals!  Some simply need to go to prison!

“Organized animal welfare can be traced back to philosophical teachings of Pythagoras (6th century) who taught respect for animals believing that transmigration occurred between the souls of humans and animals.” 1  This means animal welfare, and caring for animals has indeed been around for a long time — So let’s put a stop to the abuse of all animals — RIGHT NOW–RIGHT HERE!

Earth Voice Web Site at http://www.earthvoice.org/default2.htm contains information on the protection of all animals.

The BBC Web Site at http://www.bbc.co.uk/religion/ethics/animals contains a wealth of information on animal ethics.  The site does an excellent job defining the various terms and philosophical issues related to animal rights.

Posted by Photographer -- Journalist on January 23, 2013 in Uncategorized

2 responses to “Bureau of Land Management, Arrogance, and Abuse”