RSS
← Corruption of The W.H. & B. Act of 1971 Needs to End
Wild Horse Herds – Wolves – Hatred and Psychosis: Humanity Must Win the War Over Hatred →

Subjective Reasoning and our Wild Horse Herds in America: Can America Afford the Bureau of Land Management 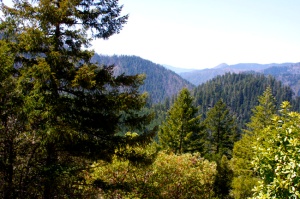 There is only one good, knowledge, and one evil, ignorance. — Socrates

Subjective Reasoning remains bad for our wildlife and environment, in this case America’s Wild Horse Herds.  This situation is costly to taxpayers.  While perusing a Bureau of Land Management (BLM) yearly budget for the Wild Horse and Burro Program, many questions arise as to the reality, or the necessity for this program.

The estimated cost here is above and beyond $650 million, and more when considering the end of the year costs, as BLM always over-budget and unreasonable and not frugal in spending taxpayer money — yes, it goes unchecked and apparently no working checks-n-balance system in place.

When compared to Objective Reasoning, which would leave the Wild Horse Herds on America’s Public Lands, and for good and objective science and sound data specific reasons — costing taxpayers at most $1.2 million dollars for management purposes.

The very basis, or needs that are given to conduct costly horse herd roundups and horse storage, taking the Wild Horse Herds off of America’s Public Lands, remain quite subjective, to the point of being unsound and simply attesting to the BLM’s bad decision making process.  What becomes obvious as well is the fact that this program is not based on any factual science what so ever, and the premise for the actual removal of wild horses inadequate for such taxpayer expenditures.

What is noticeable to this journalist is the facts formed from objective reality, taken from the original WH&B Act of 1971, and had indeed changed over the years.  Subjective reasoning become the dominant influence, and resulting in a definite negative impact to the wild horse herds.

What started out to be a good program, had become nothing more than a money maker, or what one can concede as criminally oriented.  This was done over years, not over night.

It was accomplished through non-compliance and ignoring of the WH&B Act of 1971.  Once this achieved, since there was no agency overseeing the BLM at that time, criminally manipulated situations were accomplished by BLM employees (a sound history of BLM criminal investigations and political intervention exists and factual — as well as the most litigated agency in American history).  The WH&B program become nothing more than a profit funnel for government consultants, contractors, welfare ranchers, and corporations.

“The manner which the WH&B program is managed today makes no sense and has no basis in actual facts, and management decisions are based on nothing more than subjective reasoning.  In my opinion, what was done to accomplish a protective shroud for these horse herds has become nothing more than a government mafia; whereas, corruption and monetary profits go to a small and select group of consultants, criminal contractors, welfare ranchers, and corporations.  The non-debatable fact is — nothing exists in reality that has to do with proper scientific and proper wildlife management principles; rather, it is now based on money oriented and politically driven decisions.  How can any of this be attributable to benefit our wild horse herds?” Mark S. Hathaway, PhD Research Scientist. . .

Subjective reasoning is a statement, or a sequence or pattern of a thought process, that has been colored by many of our government agencies today, the BLM being one. It often has a basis in reality, but reflects the perspective through the speaker’s or writer’s views of that reality.  The situation of interest to us is the fact subjective reasoning cannot be verified using concrete facts and figures.

How true has that become over the years, as we have profoundly learned there is such an anonymous situation as “BLM Speak” used quite frequently by BLM staff and within their reports, and certainly their information over the Internet.

Objective reasoning is directly contrary to subjective reasoning.  It is important to be objective when making any kind of a rational decision. In this case decisions that involve managing the WH&B program — which decides the basis of approach to manage wild horses within a reality basis (compared to political agendas, criminal intent, etc.) certainly becomes of paramount significance.

So we can then assume objective reasoning should be conducted while gathering and assimilating data, research, field studies, and other sources in order to conduct sound and correct decision making.  Bad decisions are based on bad science, alternate goals of a criminal nature, political agendas, and greed, which all are bound into subjective reasoning but portrayed as being accomplished as a necessity.  Think about this when perusing or reading BLM material, and see for yourself, especially when the term “necessity” is involved, which most often based on illegitimate facts and profound data of low quality.  Most often this term and others are simply used within a non-reality based sequence of rhetoric (a good example given in Notes below).

Objective : sounds like the word object. You should be objective whenever you are discussing an object, something concrete that you can hold or touch. The facts that make up your objective statement should also be concrete, solid objects.

Subjective : is just the opposite. You can’t point to subjective subjects. They are all in your head and your past experiences. Subjective opinions are ephemeral and subject to any number of factors that can range from facts to emotions.  Manipulation of BLM budgets, information, and even their Public Relations have been noticeable based on subjective references and material.  Information given to Congress, when reading an abundant amount of testimony from BLM staff, is obviously subjective and has been for quite some time.

Examples of Objective and Subjective

Objective: scientific facts are objective as are mathematical proofs; essentially anything that can be backed up with solid data.

Subjective: opinions, interpretations, and any type of marketing presentation are all subjective.  If one follows BLM this is very noticeable.

1.Objective and subjective statements are used by speakers to get their points across.

In the end we find many questionable “things” to indeed question what it is the BLM is doing with our taxpayer money.  And who are the people making these undignified and outrageous decisions, certainly criminal in nature, obviously “not” of sound process derived from an Objective Reasoning decision making process what so ever!

“The shortest and surest way to live with honor in the world, is to be in reality what we would appear to be; and if we observe, we shall find, that all human virtues increase and strengthen themselves by the practice of them.”  — Socrates

Note: Items such as this situation, becomes something transitory, originated within subjective reasoning, yet taxpayers are to pay for this situation — Welfare Ranching costs taxpayers $450,000,000 dollars (GAO Report) to just administer this program — many fees simply go uncollected, or so low it makes no difference anyway — as they continue to pay for grazing on public lands far below the commercial costs, welfare ranchers pay only $1.35 per AUM Unit (i.e. 1 cow 1 calf), while commercial rates reach far over $85 per AUM Unit, and those ranchers paying commercial rates remain making high profits on their sales (per GAO).  As you will see in the BLM/DOI justification statement to Congress, the $1 charged to welfare ranchers simply expects the taxpayers to cover their increasing criminal behavior in ripping off taxpayer dollars, with the BLM as an accomplice — BTW the amount taxpayers would pay, roughly estimated for the year, would be an addition $5.2 billion dollars over the estimated budget the BLM requests — BLM does not make a profit (i.e. GAO Report) and never has done so, that is simply a lie generated by BLM over the Internet, beyond subjective reasoning.

:. . . Rangeland Management Program – A $15.8 million decrease in funding is proposed to be partially offset by a 3-year pilot program to recover some of the costs of issuing grazing permits/leases permit and lease renewals through a $1 per animal unit month administrative processing fee levied upon grazing permittees. . .”

Posted by Photographer -- Journalist on April 25, 2013 in Uncategorized

← Corruption of The W.H. & B. Act of 1971 Needs to End
Wild Horse Herds – Wolves – Hatred and Psychosis: Humanity Must Win the War Over Hatred →

2 responses to “Subjective Reasoning and our Wild Horse Herds in America: Can America Afford the Bureau of Land Management”