Time for change: Our Environment, Wildlife, and American’s Pay Too Much 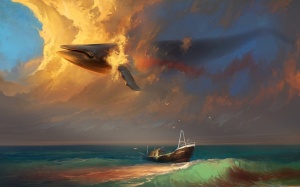 “I myself feel that our country, for whose Constitution I fought in a just war, might as well have been invaded by Martians and body snatchers. Sometimes I wish it had been. What has happened, though, is that it has been taken over by means of the sleaziest, low-comedy, Keystone Cops-style coup d’etat imaginable. And those now in charge of the federal government are upper-crust C-students who know no history or geography, plus not-so-closeted white supremacists, aka ‘Christians,’ and plus, most frighteningly, psychopathic personalities, or ‘PPs.’” — Kurt Vonnegut

We have already seen through the years what the problem with our environment and wildlife continues to be. Worse still is the continued ineptness within our government agencies, both state and federal, that continue the precise non-effective management principles.

When American’s / Taxpayers state the obvious about the neglectful management situation that has existed for so long, we are all either ignored, or spoke to condescendingly as if we know nothing. The more recent innuendo, or rhetoric, to cover-up incompetence within their mismanagement and toward those that disagree with the government employees, often told they are too emotional and simply complainers.

The problem is this – many who are discussing the noteworthy bad management paradigms and dynamics of incompetence in the decline of our nations environment and wildlife, do know and have the knowledge to put-forth proper complaints. But rather than dwell on this, let’s look at what we can do to resolve these issues. We can indeed outline circumstances that can develop into a proper procedure, and actually still resolve the issues of our environment and wildlife. It’s a start in the right direction.

There are two elements within this particular strategy:

Phase 1: Here is where we begin. We can start the alleviation procedure, which may lead to the development of a set of natural and cultural management needs. We need to stop looking at the narrow landscape of special interest, and start looking at what the priorities are, and methods of enhancing the priorities of sustainability and cohabitation of all.

This is of urgency, as we are at the worse-case scenarios of reality for both our environment and our wildlife, due to neglect and ignoring specific priorities of life and cohabitation within both our environment and wildlife habitats. Yes, it is time those that have the proper knowledge, and humane spirit step in and correct the mess made by those who are and remain ignorant and non-compatible to American’s needs. It is this easily seen and done.

We need to prioritize these into mechanisms toward incorporating these priorities into management, with appropriate budgets and highly qualified staff and researchers. Truth is what is required now, not random and arrogant rants of what someone’s perception of our environment may be or the “wants to kill” more wildlife – but true and good science, as well as Humane principles toward each.

Phase II: This we hope will and can lead to a comprehensive and aggressive Resources Management Plan for each specific area of resolving worst-case scenarios, toward resolution of an ongoing appropriate management paradigm and plans.

The priority within this particular stage is to develop and enhance our environment to a “living standard” of health and coexistence with both human and wildlife. The priority toward the wildlife is to enhance their living conditions, often to be left alone, with little to no management what so ever. The multi-use phase, of cohabitable public lands, is very much ignored today, yet in print and in many of the conversations in the matter of management, but within such a narrow-scope it is left ignored mostly.

It becomes apparent that Moderation is also a consideration toward developing and increasing our living standards, and toward Cohabitative relationships. This can involve both our Environment (cattle for example) as well as our Wildlife, and at the same time certainly enhance our individual life as well – given the Humane Structure of good ethical management of both.

Unfortunately, there are no actions directly involved in this ideology of Multi-Use that currently exists in America. So new priorities toward what exactly Multi-Use is and how it can be developed for the common good of all, not just a few, is the road to resolution in this matter of fixing the current problems.

Some of the more sever or pervasive problems will have to be funded and approached with not only priority, but aggressively mandated by law, regulatory oversight, and policy changes. Many situations have surpassed even the worse-case scenario toward oblivion, and wildlife species have been sent to extinction due to government ignorance combined with arrogance. Many of these government employees will simply have to leave their positions, due to their irresponsible actions and arrogant methodologies.

Enhancement by Humane Principle and Conduct

The significance of change is very important currently. As most American’s have lost their trust with both politicians and government employees – and for good reasons. Our notes here, for a substantial change in at least government, should be a pathway to humane and sound reasoning toward management of America’s lands and wildlife.

Phase I / Phase II: Both of these circumstances must have a relevant “tracking-system” and noteworthy policy toward reports. This is accumulative part of the Checks-n-Balance system that is so much needed within government today.

Proper training within these systems is also a mandatory situation, and should be governed by merit and integrity, not advancement due to favoritism or friendship, but rather due to accomplishment, ethical practice standards, as well as abiding by law of both reason and necessity – currently neither of these situations are in-place, and there exists no situation of who is responsible to fulfill commands, and who is in command of the objectives.

Laws, policy, and regulatory measures often ignored today due to special considerations toward a narrow group of special interests – wildlife goes extinct, our environment almost non-livable, and government employees simply shrug off with complacency, then move on to continue their destructive behavior – and it’s allowed.

It is simply time we as American’s Stand Up and demand Change. No longer is it acceptable to be the ignored majority. We are surrounded by total ignorance at times, and these are the people that are making significant decisions for all of our future, to include our environment and our wildlife.

The next paper/article will be directly involved with more productive management paradigms and principles. We want to establish that there are roads to travel that do and can enhance our life, and extend our cohabitation boundaries to a more acceptable level of living, for both humans and our natural surroundings – together, not displaced for the benefit of just a few, or to make a buck here or there – but toward a good, positive quality of life for all.

Belsky, A. J., A. Matzke, and S. Uselman. 1999. Survey of livestock influences on stream and riparian ecosystems in the western United States. Journal of Soil and Water Conservation 54(1): 419-431.

Cooper, A. B., C. M. Smith, and M. J. Smith. 1995. Effects of riparian set-aside on soil characteristics in an agricultural landscape Implications for nutrient transport and retention. Agric. Ecosystems Environ. 55:61-67.

Mwendera, E. J., and M. A. M. Saleem. 1997a. Infiltration rates, surface runoff, and soil loss as influenced by grazing pressure in the Ethiopian highlands. Soil Use Manage. 13:29-35.

Mwendera, E. J., M. A. M. Saleem, and A. Dibabe. 1997. The effect of livestock grazing on surface runoff and soil erosion from sloping pasture lands in the Ethiopian highlands. Australian J. Experimental Agric. 37:421-430.

Sweeny, B. W. 1993. Effects of streamside vegetation on macroinvertebrate communities of White Clay Creek in eastern North America. Proc. of the Natural Science Academy of Philadelphia. 144:291-340.

Posted by Photographer -- Journalist on October 14, 2015 in Uncategorized

One response to “Time for change: Our Environment, Wildlife, and American’s Pay Too Much”