RSS
← The current EA, FLPMA, or NEPA legal process has not been met for Utah Roundup
Extinction is Human Caused — It is not a Natural-Occurrence of our times as ignorance dictates →

Wild Horses and the Corrupt World of Horses 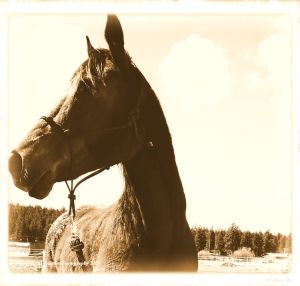 “We have a saying, that Power Corrupts.  In my objectivity and observations, I say yes, there is no doubt it corrupts.  Power corrupts not only those who wields the power, but those who submit to it as well.  Those who grovel at the feet of power, betray their fellows to hide themselves behind the cloak of submission.  It, indeed, is an evil thing . . . ”  John Cox, The Cascades

I find the fact that we assume technology has, indeed, assisted our society.  It supposedly has placed our conduct into a more superior, or academic and intellectual mind-set.  But no, it has not at all.  Technology a mere excuse, a façade of the problem no one speaks about?  The conditions of the human mind-set, or lack of . . .

Allow me to use here, as an example, the most powerful and ignorant of all — War and the Human Species.  As a Vietnam Veteran myself, I watched in horror, as many others had done also.  It was a dismal fate of a high percentage of Vietnam Veteran’s who committed suicide upon arriving home, as well as decades afterward.  The excuse, or one of oh so many, was the fact of the Vietnam Veteran not appreciated, and disliked when coming home. . . Which, under this assumption, our human species simply took out their anger, their hatred toward that war, on the Vietnam Veteran.

Today we have many who have come back from Iraq, Afghanistan, and other countries, and are welcomed home.  Today, everybody love’s their Veteran’s.  At least the façade, or pretense of the day says this — but indeed, pretty much an untruth.  Why do I say this, and use it here as an example?  These Veteran’s of current War’s have a suicide rate often 5 points higher than Vietnam Veteran’s ever had.  Ignorance?  Technology?  Human Conditioning?  Apathy?  Complacency?  Not having to take responsibility?

What of the Wild Horses?  What mind-set promotes the lies, the hatred, and yes, even the very essence of lack of responsibility by our government agencies to properly manage Americas’ Wild Horses by the Laws put into place to do so — and not to do harm to those innocent wildlife we live on this planet with — as in truth, all is connected — yet ignored, or worse, the presumption, by those Laws simply do not exist, according to those people who call themselves government employees; which, who we call nothing more than groveler’s — or the worst of the worst corrupt of them all, those who submit to corruption.

Posted by Photographer -- Journalist on December 7, 2017 in Uncategorized

← The current EA, FLPMA, or NEPA legal process has not been met for Utah Roundup
Extinction is Human Caused — It is not a Natural-Occurrence of our times as ignorance dictates →

5 responses to “Wild Horses and the Corrupt World of Horses”