RSS
← Science and Wild Horse Herd Counts and BLM Are Not Friends – Never Have Been
An Editorial: America and America’s Wild Horses Lost to Ignorance →

America’s Wild Horses and the Reasoning of Law (Editorial) 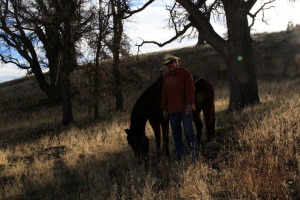 “Chaos develops when a natural progression of things is not accomplished. Laws are developed in order to create the boundaries, essentially for chaos not to develop. Humanity is advanced when these Laws become appropriately “just enough” which then create a firm base for those abiding by the Laws to advance. Those who do not, do not advance but constantly have problems, both in life and within nature.

Human-kind need these laws, in order to provide ethics and humane treatment of not only other humans, but animals and our natural surroundings as well, thereby the term Law and Order; so it follows that the very elements of “choice” as well being a natural occurrence may become questionable at best; thereby, it is the Law that gives us the appropriate information, or common sense, to make appropriate choices.

If we, indeed, suppose these laws no longer exist, that provide boundaries and ethics, then we are in serious trouble on this planet. We are currently confronted with not only “Bad Decision Making” ethically (politician’s as well as the Bundy situation, whereas, law is simply thrown away), but we are also extravagantly being led down the road of deceptions, lies, and lack of common sense (BLM and the Bundy situation both deceptively unethical and lawless equates to both sides ethically deprived).

So as observers we can sit in front row seats and watch the travesty that develops when there is nothing but deception, from both sides, and nothing but chaos from both sides (common sense takes over and we see the unorthodox = stupid is what stupid does) – which overwhelmingly proves the paradigm of the above – “Chaos develops when a natural progression of things is not accomplished.”

We as Horse Advocates fight this same style of Chaos daily, remarkable that some days we win a little, but some days we do not. Yes, America’s Wild Horse Herds are losing today because of this same type of chaos, and until we “all” understand it and know how to work within chaos to achieve our goals, the situation simply will not change, it will simply become worse.” – John Cox, Horse Advocate and Environmentalist

Posted by Photographer -- Journalist on April 17, 2014 in Uncategorized

← Science and Wild Horse Herd Counts and BLM Are Not Friends – Never Have Been
An Editorial: America and America’s Wild Horses Lost to Ignorance →