Wild Horses and Controversy — Notes from the Cascade Mountain Range

“Soon we will not have available our historic link to Wild Horses.  Ignorance is dominating the Wild Horse issue, as if trading slaughter for Birth Control to Extinction is an answer to save them!  No!  It is simply an overwhelming amount of ignorance, from those who have no clue in the matter of Wild Horse management nor anything of Wild Horse virtue and necessity — Our American Icon has so many positive attritbutes, and unless one knows of nature, our environment, and our Natural Ecological Systems, they will never know, nor acknowledge the benefits of Wild Horses on our Public Lands.  Below are notes and from limited distribution, so perhaps new information to many. . .”  — John Cox, The Cascades

The process of whether we want America’s Icon to go to slaughter, or use pesticide and other birth controls on them (because of being nuisance wildlife to welfare ranchers — the supposed misinformation link of knowledge) is not and never will be the choice – WE CAN PLACE WILD HORSES BACK ONTO PUBLIC LANDS MUCH EASIER, AS THERE IS NO OVER-POPULATION OF WILD HORSES — AND ALREADY DESIGNATED THEIR LANDS BY LAW!

Now let’s discuss why – and for several reasons.

First: There exist too many cattle on America’s Public Lands, and due to this over population our environments and ecological systems are being destroyed;

Second: Public Health Hazards are developing, aggressively I might add, even while I am writing this, and beef, from Public Lands Grazing, is diseased – to what % – percentage we are unsure at this moment due to BoLM’s inadequate checks-n-balance system and disregard to Public Health and America’s Food Chain safety, favoring welfare ranchers out of their fear of the welfare ranchers, but still remains a fact and very dangerous within our FOOD-CHAIN;

Fourth: Within the Humane Society, who misinform the public constantly about their Pesticide known as PZP, we find has connection to cattle ranching/welfare ranchers directly (i.e. family) as well as BLM previous and questionable employees (charged with abuse previously some of them) – both are and remain within the ranks, and employed at HSUS — we find this to be an overwhelming Conflict of Interest, both situations;

Fifth: We also discover, through factual research and credible sources, several non-profits today are currently, or have done, or receiving money from BoLM grants or payroll money as well, applications for grants and even employment from the BoLM – we find this directly a conflict of interest, and a violation of their non-profit status and their own By-Laws (by law they must operate under these By-Laws in order to maintain their non-profit status).

THEREBY, WE WHO ARE NOT, NOR HAVE ANY CONFLICTS OF INTEREST WHAT SO EVER — DEMAND AMERICA’S WILD HORSES BE PLACED BACK ONTO THEIR HOMELANDS –

WHICH ARE, INDEED PUBLIC LANDS (AMERICAN/TAXPAYER OWNED), AND TO LIVE OUT THEIR LIFE UNHARMED, LEFT ALONE, AND ALLOW THEM TO BE WILD WITHIN THEIR NATURAL WILD ECOLOGICAL AND ENVIRONMENTAL AREAS – DESIGNATED BY LAW!

Please share this far and wide — as American’s – Taxpayers need to know what is going on within our Public Lands, and the travesty that continues to happen and growing worse, due to misinformation, propaganda, and outright lies complete with conflicts of interest situations, and plenty of them . . .

We call modernization or technology necessary, even though it is destructive to all our environments and wildlife;

We call the killing of wildlife sport, or worse, proper management, it is not at all;

We call American Icons, the Wild Horses, a nuisance, shoot them with birth controls, kill them by horrendous slaughter, and say it is necessary, while we look-away or ignore the real nuisance and destroyer of our Public Lands = cattle;

We kill hundreds of coyotes over a weekend, and call it a competition, unknowing we just disturbed and sent the process of Natural Selection into chaos;

We kill our Apex Predators, and call it management of nuisance wildlife, and do not consider why our Natural Environments and Ecological Systems require their very existence for healthy Ecological Systems, for a healthy life on this planet for All;

We remain being led by people of irrational-ignorance, profound stupidity, all the while we watch our ecology, our wildlife, and our Earth being destroyed.

Natural Selection, or the growth of our Universe and our Earth of All Things of Life, remains not being allowed to do so, and by Fear, by Perception, by Ignorance of one species – the human species, which destroys itself within this cloak of Ignorance.

Blessings to Our Earth — Mountain Lake, The Cascades

Something important to read — and Understand, to contradict misinformation as it bleeds out to the public, in the matters of the Pesticide called/referenced as PZP.

We see the Humane Society (BoLM supporters for Grant Money, and falsely promote saving wild horses to obtain donations), currently, feels taking the Wild Horses to Extinction (per section of their letter – given below – to promote such), when compared to sending 44,000 wild horses to slaughter, poses a much better situation to the public, to fool the Public and American Taxpayers by delivering and discussing Misinformation, and favorable to receiving grant and donation money to themselves and from BoLM Grants, et al. . . Frankly, many of us, American Taxpayers, perceive the HSUS simply attempting to make bank on the extremism of the WH&B Board and their unethical circumstance – toward another NON-HUMANE recommendation of WILD HORSES TO EXTINCTION – (read further)

Then there exists the obvious facts: HSUS: Is the registrant of PZP / ZonaStat-H with the Environmental Protection Agency. Thus, HSUS’ information is not impartial because the organization has its reputation to protect. Further, HSUS has submitted a proposal for a multi-year project in which BoLM would pay for HSUS staff to experiment on Arizona’s burros via “opportunistic” darting with PZP. 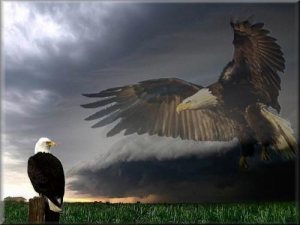 Pesticide: PZP is not just a sterilant but also a registered pesticide that was approved by the EPA for use on wild horses and burros “where they have become a nuisance.” However, PZP was registered without the standard testing requirements. There is currently a lawsuit challenging the legitimacy of the registration, especially in light of new studies that have disclosed PZP’s many adverse side-effects. So now we can read further a part of their propaganda letter to the Public, loaded with misinformation and outright lies —

“. . . In an attempt to solve this financial crisis, caused solely by the agency digging itself into a hole by mismanaging the wild horse and burro program over the last decade, the Advisory Board made the recommendation that the BLM consider euthanatizing all unadopted horses in holding facilities. While the Advisory Board has no legal authority to mandate action on the agency’s part, the agency will consider this recommendation.

The Humane Society of the United States firmly believes that to get this program on the right track, animals should not be put on the chopping block. Instead, the agency should aggressively implement fertility control programs throughout the West. These fertility programs can work- if only the government committed to taking the humane pathway forward. . .” — Propaganda letters out to the public by HSUS — Gillian Lyons, Wild Horse and Burro Program Manager, Wildlife Protection Department

THE REALITY: Sterilizing mustangs: PZP is a potent weapon in BoLM’s arsenal — for its biological warfare against the wild horses. But population control for wild horses is unnecessary because there is no overpopulation. Why would we contracept herds whose population is inadequate for genetic viability? Why would we contracept herds based on falsified figures? Logically we wouldn’t and ethically we shouldn’t. Further, if PZP were going to stop the roundups, it would have done so long ago for the famous Pryor Mountain herd, home to Cloud, the stallion who was the subject of a number of documentaries that aired on PBS. The Pryor Mountain mares have been darted with PZP for nearly two decades. Yet roundups have been scheduled there like clockwork every 3 years and, in spite of intensifying the PZP treatments recently, BoLM tried to implement yearly roundups until stopped by a Friends of Animals lawsuit.

PZP — the anti-vaccine: PZP causes disease — auto-immune disease. PZP “works” by tricking the immune system into producing antibodies that target and attack the ovaries. The antibodies cause ovarian dystrophy, oophoritis (inflammation of the ovaries), ovarian cysts, destruction of oocytes in growing follicles, and depletion of resting follicles. The mare’s estrogen-levels drop markedly as PZP destroys her ovaries. Ultimately, PZP sterilizes her. Because PZP stimulates the immune system, it ironically works “best” — sterilizes faster — in mares that have strong immune-function. Such mares respond to the anti-vaccine and produce quantities of PZP antibodies that destroy their ovaries. But, conversely, PZP may not work at all in mares whose immune-function is weak or depressed. Those mares fail to respond to PZP. They keep getting pregnant and producing foals who, like their dams, suffer from weak immune-function. So, the PZP pesticide works against the very horses that Nature has best equipped for survival-against-disease while favoring and selecting for the immuno-compromised. Worse yet, radioimmunoassay tests indicated that PZP antibodies are transferred from mother to female offspring via the placenta and milk.

Posted by Photographer -- Journalist on September 22, 2016 in Uncategorized