Wild Horses and Cattle: There is No Debate When Good Science Used 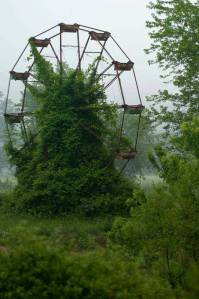 “There is no worse tyranny than to force a man to pay for what he does not want merely because you think it would be good for him.” ― Robert A. Heinlein, The Moon Is a Harsh Mistress

Cattle pollute our environment! This is not a wives-tale, told by youngsters to pass on to their friends! It is a Truth. As American taxpayer’s, we have paid quite a bit for cattle to graze our Public Lands, and apparently the rancher’s that do hold Grazing Permits are going to make sure they bilk American taxpayer’s even more.

But to rid our Public Lands of Wild Horses – NO WAY! That is simply more apparent lies brought to you by a few Welfare Ranchers in this country, and corporations that lease Public Lands! Yes, they want America’s Wild Horses out of their way, and will say anything — lie, cheat, and steal to get their way – and have been doing so for quite a while now.

IN REALITY: American’s want Wild Horses on our Public Lands!

So let’s take a look at some good science. This is science that is quantifiable, no hidden agenda, does not exclude cattle from grasslands studies (BLM and DOI have arrogantly done so in the past costing taxpayer’s in the millions of dollars again), good science does not swear up and down, and lie stating horses wreck our environment and not cattle (as fact just the opposite is true) – and yes some lobby groups shout, yell, and kick and stomp up and down, like small spoiled children, all the while insisting that science is wrong and it is all the Wild Horses fault – yet nothing can be further from the truth as good scientific research shows 100%.

So the fact they jump up and down, reckless with their accusations about Wild Horses, only promotes the fact they do acknowledge destruction of our Public Lands quite evident; then peruse their attempt to place the blame on wildlife, who indeed cannot defend themselves from these outlandish attacks – America’s Wild Horses! Yes, on top of everything else, these Welfare Ranchers are simply bullies —

Good science, the truthful alternative to Welfare Ranchers and their cattle, also abides by procedure and optimal data gathering (compared to Welfare Rancher’s rants, raves and hate), plus objective review of this data, and then moves forward to quantifiable results that good environmental and wildlife decisions can be based upon.

“Studies show that the production of beef is around 10 times more damaging to the environment than any other form of livestock.”

“Scientists measured the environment inputs required to produce the main US sources of protein. It is a fact that beef cattle need 28 times more land and 11 times more irrigation water than pork, poultry, eggs or dairy.”

Researchers have developed a uniform methodology that they were able to apply to all five livestock categories (i.e. mentioned above) and to four measures of environmental performance.

“They had sharp view of the comparative impact that beef, pork, poultry, dairy and eggs have in terms of land and water use, reactive nitrogen discharge, and greenhouse gas emissions.”

The scientists used data from 2000-2010 from the US Department of Agriculture to calculate the amount of resources required for all the feed consumed by edible livestock.

They then worked out the amount of hay, silage and concentrate such as soybeans required by the different species to put on a kilo of weight.

They also include greenhouse gas emissions, not just from the production of feed for animals, but from their digestion and manure.

“As ruminants, cattle can survive on a wide variety of plants, but they have very low energy conversion efficiency from what they eat.”

“As a result, beef comes out clearly as the food animal with the biggest environmental impact. The scientists have developed a methodology to compare the relative impacts of different protein sources.”

“As well as the effects on land and water, cattle release five times more greenhouse gas and consume six times more nitrogen than eggs or poultry.”

“Cutting down on beef can have a big environmental impact,” many research scientists say; but the same is not true for all livestock.

“One can reasonably be an environmentally mindful eater, designing one’s diet with its environmental impact in mind, while not resorting to exclusive reliance on plant food sources,” said several scientists.

“In fact, eliminating beef, and replacing it with relatively efficiency animal-based alternatives such as eggs, can achieve an environmental improvement comparable to switching to plant food resources.”

“The overall environmental footprint of beef is particularly large because it combines low production efficiency with very high volume.”

“The result is that many researchers estimate that over 60% of the environmental burden of livestock in the US results from beef. The overall message here is quite clear, despite what Lobby Groups want American’s and Legislator’s to believe:

“Beyond a Doubt, Cattle dominate the livestock footprint in the U.S.”

The current environmental focus on controlling nonpoint pollution to protect our surface water has led to the discussion of management of riparian areas, as well as our Public Lands and small biospheres. The Environmental Protection Agency states that agriculture has a greater impact on stream and river contamination than any other nonpoint source (Horses are not included within this statement, and for several non-polluting reasons).

Grazing, particularly improper grazing of riparian areas, high desert flats, valleys, and Public Lands can contribute to nonpoint source pollution. Negative impacts downstream include the contamination of drinking water supplies (Brown, 1994)), eutrophication or biospheres (Richards et al., 2002), and hypoxia (Rabalais et al., 2001). All generated by Cattle – No other Source Contributes to any of the above mentioned pollutants.

It is simply time to stop catering to industries that destroy our environment. The cattle industry destroys America’s Public Lands! That simple! The corporate dollar is not worth much if American’s have nowhere to go any longer, nor any wildlife to watch interact within the wild.

In a conversation with an Economist and Sociologist, Dr. Kevin Blake, “In the long run corporations could care less, due to their insistent short-term thinking. In another words they can destroy our environment; in their minds, when the land-environment no longer producible monetarily, they can sell what’s left of the water and its environment. Perhaps why billionaires and their corporations placing so much emphasis on purchasing water-rights right now.”

There exist more paradigms, but in general billionaires and corporations are not America’s friends, rather very destructive enemies, and quite costly to taxpayers.

Ironically, we can compare all of this to Wild Horses, very simply I might add. It is shown through good science that Wild Horses are not only NON-Destructive to our Environment, but help, just as wolves do along with other wildlife, better our environment, creating wholesome and often self-sustaining biosphere’s. These biospheres assimilated into the overall environmental complex, and enhance our living as well.

Belsky, A. J., A. Matzke, and S. Uselman. 1999. Survey of livestock influences on stream and riparian ecosystems in the western United States. Journal of Soil and Water Conservation 54(1): 419-431.

Cooper, A. B., C. M. Smith, and M. J. Smith. 1995. Effects of riparian set-aside on soil characteristics in an agricultural landscape Implications for nutrient transport and retention. Agric. Ecosystems Environ. 55:61-67.

Mwendera, E. J., and M. A. M. Saleem. 1997a. Infiltration rates, surface runoff, and soil loss as influenced by grazing pressure in the Ethiopian highlands. Soil Use Manage. 13:29-35.

Mwendera, E. J., M. A. M. Saleem, and A. Dibabe. 1997. The effect of livestock grazing on surface runoff and soil erosion from sloping pasture lands in the Ethiopian highlands. Australian J. Experimental Agric. 37:421-430.

Sweeny, B. W. 1993. Effects of streamside vegetation on macroinvertebrate communities of White Clay Creek in eastern North America. Proc. of the Natural Science Academy of Philadelphia. 144:291-340.

Posted by Photographer -- Journalist on July 25, 2014 in Uncategorized

8 responses to “Wild Horses and Cattle: There is No Debate When Good Science Used”