RSS
← Subjective Reasoning and our Wild Horse Herds in America: Can America Afford the Bureau of Land Management
Wild Horses and Wolves Toward Extinction — A Corrupt Department of the Interior Continues to Destroy Our Wildlife and Environment → 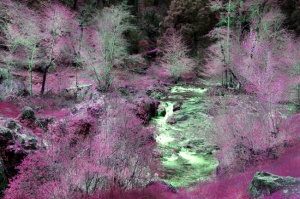 Over time mankind’s hunting beliefs were and remain detrimental toward our wildlife.  Now exists a multitude of destructive factors focused on our wildlife and the deadly combination of hunting, trapping, corporate intrusion, politics, and ignorance.  These types of intervention not only destroy our wildlife, but destruction of our country.  Whereby, nature serves as an example, and where it goes our nation goes —

Today the fact that we call ourselves a civilized society simply becomes another oxymoron.  A slight perusal of facts, when it comes to wildlife analysis and the outright destructive and abusive methodology used today.  The situation is definable, the reality obvious.

Oddly, debates both within the decision making process and politics remain based more on myth and hatred — rather than respect, concern, reality, or compassion.  The realities, or facts of the issues, approached complacently at best with no consideration given them, do exist but not included.  Thereby, most often and up to this point, the decision making process to actually save our wildlife becomes non-existent as well as extremely flawed.

The truth is we have a government that has been, for a few decades now and becoming worse, administrators for nothing more than foreign corporations and small lobby groups.  Within this context propaganda directed toward subjective reasoning and ignorance plays a significant roll in the extinction of species — i.e. Wild Horses and Wolves for example, are heading down the path of extinction at a tremendous rate of speed.  People’s callousness and ignorance just as deadly as a bullet to the head.

Today’s extinct species list, as well as the endangered species list, contains proof of excessive or mismanaged hunting and trapping principles.  Ironically, this history more than documents the arrogance of our society in centuries past, not only the Buffalo but other rare species, for one reason or the other, that become formidable targets for trophies or combined with gender egos.

“Let them kill, skin, and sell until the buffalo is exterminated, as it is the only way to bring lasting peace and allow civilization to advance.”  – General Philip Sheridan

General Philip Sheridan said the same thing about the American Indians, and life or living things in general, simply did not make sense to him.  His perceptions carried over into the more ignorant of people, and the rest history, in both the Buffalo hunts and the blatant massacres of Indians in the old west.

Where are we today –  as a people, as a society?  This shows us not only a past circumstance of ignorance, not unique in any way within history, but oddly a current phenomena as well.  Beyond a doubt this behavior is allowed to progress, which history defines as a matter of truth.  The present challenges to our wildlife becomes the daily task of simply staying alive, mostly accomplished by avoiding humans.  Inclusions of less wildlife habitat, exploitation of our water and mineral resources, increased cattle onto Public Lands, and corporate profits which out rightly demands less government regulatory management at a time when there should be more management, is a normal situation now.  The fact is wildlife has no chance of living unless things change rapidly!

The book, “Extinct and Vanishing Animals” (i.e. Ziswiler, 1967), develops a sound conclusion to some of the history of animals destroyed through ignorance in the name of civilization.  This book directs people’s attention, written in 1967, to the “. . . morbid pleasure of killing. . .” throughout the previous couple of centuries by trophy hunters, poachers, and trappers.

Inclusive of one category, this situation sums up a large percentage of those that hunt today.  One can honestly make the statement, from a prolific perusal of historical fact, that nothing has changed over the centuries.  The obvious links in this chain of notable events is disturbing, it becomes quite obvious that “necessity” has been replaced with blind ignorance and contempt toward our wildlife.

The truth, the “necessity” to kill our wildlife no longer exists and is simply a morbid sport or deranged kill-only management paradigm of today.  It’s apparent we learn nothing from history, and there exists no inward look at ourselves, as a civilization, when it comes to the treatment of our animals.

History most often can be viewed as objective, despite the subjective witnessing of many events of the past.  When we study the events of Wounded Knee, or May Li Massacre in Vietnam, for example, we often wonder why it was covered-up for so long.

But another aspect, and more interesting toward this discussion, is we discover the same mentality or psychology and mentality portrayed by human weakness and what actually follows.  History demonstrates this quite well, and over the past centuries.  That of slaying or murdering those defenseless beings, whether people or wildlife, is a psychosis of a low mentality, low self-esteem, for men an attempt to obtain manhood, demonstrate power over another-whether human or animal, and either/or when combined with ignorance remains a dangerous mental state of affairs. (to start your research see: Animal Cruelty and Psychiatric Disorders – Roman Gleyzer, MD, Alan R. Felthous, MD, and Charles E. Holzer III, PhD)

The examples abound by our government’s treatment of the Wild Horse Herds, cattleman’s lobby, or the sportsmen’s lobby efforts which evolve into the murdering of Wolves and Wolf Puppies.  The wild horses being rounded up abusively, even deadly at times, and sent to slaughter.  The wolves are being aggressively shot, skinned alive at times, burned-out or gassed in their family dens, or even shot from airplanes and left to die and suffer for hours before doing so!  To say these situations are perpetrated from a psychosis remains an understatement.

To say this is humane practice or for management of the wildlife is strictly psychotic, and demented as well!  There is so many options that the kill-only option is antiquated, and the kill-only aspect simply subjective and with no legitimate references in doing so.  When compared to objectivity, favorable toward life — resources and data abound and in abundance as to directly involve and provide appropriate alternatives, rather than the killing of wildlife.

When we say ignorance, in the form of academic discussion, it is derived from a none the less proven and fact filled history.  To be more precise, the acts of people toward nature become horrendous, and when looking back to particular events we as a people state clearly, “That should not have happened, and how can we avoid it happening again?” (i.e. author’s quote)  Again, we can look past the Buffalo hunts of last century and the ongoing wild horse herd roundups and wolf hunts of today (which history will no doubt record in the same venue as the Buffalo hunts).

History:  American settlers feared wolves of centuries past, considering them vermin of the worst type.  Keep in mind nothing was known of their contribution to an ecological system, or enhancements to our environment until this century.  But laws were made, for example in South Carolina and in 1695, “An Act for Destroying Beasts of Prey”.

This same law, in 1695, Mandated All Indian Braves be required to bring in yearly at least one wolf, panther or bear skin, or two Bobcat skins.  If he failed to do so he would be “severely whipped” but if he brought in at least one skin he would be rewarded.

During the 1800’s wolf hunters were considered hero’s, eliminating the expressed and supposed dangers of the wolves and grizzly bears from the Great Plains states.  The Plains Wolves, their white glowing fir, made for easy targets, and are an extinct species today.

The significant situation that existed here is the fact the Great Plains states in America, that is until the 19th century, rivaled East Africa in wildlife quantity — A resource that, assumed, our forefathers could care less if those of us today could see.  But a few of us can still imagine — with a tear in the eye, the Great Plains and actually see such a devastating sight of beauty,  being the “Sight of all Sights” — and of so much wildlife and variety of animals, running free, healthy, and in abundance.

In reality it is just as ignorant, contrary and disgusting to any civilized people then as now, that similar laws to those of killing wolves or be whipped, remain as disgusting as the recent State Constitutional Amendment in Idaho for making it a “Right” to murder wolves.  Good God, is anyone paying attention to this?

But as a society we are just now acknowledging the benefits of the wolf, and the positive attributes to ecological systems.  The similar aspects of America’s Wild Horse Herds, with their roaming and non-destructive grazing habits are benficial to our Public Lands.

In Idaho and other states, though they want to openly kill wolves on America’s Public Lands, and essentially ignore the safe-guards of these same Public Lands for ecological preservation and having them still around for the future, is blatantly and abusively ignored by these hunters.  So we indeed see nothing more than hatred and blind ignorance of the worst type!

So when the ecological systems collapse from overly-stressed browse from the sports animals, then the sportsmen should pay for this — the same with cattle and the cattleman’s lobby.  Because after all — Public Lands belong to America, not the sportsman’s lobby groups or the cattleman’s lobby groups.  They should remain responsible for their decisions, not the innocent tax payers who take no part in the destruction of wildlife and our environment!

Their science is the subjective and ignorant science of hatred that spawns more hatred.  This, conclusively, must be changed, as hatred is not a necessity or an item to pass onto our future administrators and management people.  Saving Our Wildlife Saves Our Humanity, Our Ethics, and Our Morals for better days to come.

Posted by Photographer -- Journalist on April 28, 2013 in Uncategorized

← Subjective Reasoning and our Wild Horse Herds in America: Can America Afford the Bureau of Land Management
Wild Horses and Wolves Toward Extinction — A Corrupt Department of the Interior Continues to Destroy Our Wildlife and Environment →

8 responses to “Wild Horse Herds – Wolves – Hatred and Psychosis: Humanity Must Win the War Over Hatred”