RSS
← Thinking Like a Planet: Saving Wild Horses Through Quality Ecology
Our Humane Principle’s Show Us Clearly We Need Better Management of our Federal Lands →

The Truth About Carrying Capacity of Wild Horses on Federal Lands: As Biology Shows Us 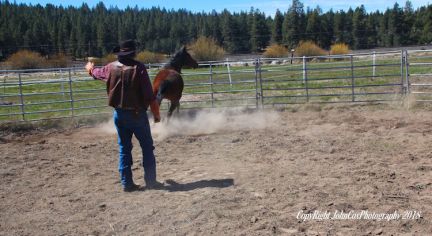 “The ugly fact about the Bureau of Land Management is they lie, as well as mis-inform the public, and our Senators and Congressmen, telling them situations about a over-population of Wild Horses on Federal Lands, that are and remain a biological-impossibility. This situation, alone, becomes very costly to the taxpayer, and in the $ millions of dollars.”  — John Cox, The Cascades

It struck me as odd, one day, when I discovered the Bureau of Land Management (i.e. BLM from here onward) know nothing about managing our Natural Resources and in particular does not know how to manage a sound Ecological Habitat toward health.  Then to the Wild Horses, and I discovered they knew even less.

Yes, their misinformation and lies to the public in the matters of Wild Horses nothing more than a supreme ignorance (i.e. academic and noteworthy in this discussion), or a mind-set of being nothing more than livestock that does not make money; so, in their mind of minds, the wild horses are of no use, which is also an attritional value of ignorance at its worst.  Difficult when a government agency becomes a big part of our throw-away society, which again, attrition creates a lot of damage when conducted ignorantly.  But when there is ignorance involved, those who behave with this mental-disorder, have no idea they are being so obvious – similar to hate, and many have no idea they are the hateful ones nor will never admit such.  None the less, we move on with our discussion of breeding in the wilds.

Basics of Breeding in the Wilds

Clearly, and a situation the BLM use, typically, erroneously, is the fact of exponential population growth.  This is, for example, one species, such as the Wild Horse, will double to two, two to four and so forth yearly – But what is significant here is to know, and acknowledge the true fact of this situation can only occur for a short-time period.  And, the other valuable fact to acknowledge here, is this can only happen in “prefect conditions” or within extremely healthy ecological habitats.  So the BLM basically, unknown to them, point out their recklessness and even incompetence in managing our Public Lands, by their lies that promote (biologically untruthful) over-population of Wild Horses’.  This will become clear as to why, below and reading further.

We can look at the gut bacterium Escherichia coli which can reproduce every 20 minutes.  Within a perfect system this rate of growth, after 36 hours and exponential ratios come into effect, the descendants of a single bacterium would cover the Earth 1 foot deep; and within the next hour they would be completely over our heads . . .

My point here is that Nature takes care of things like this, its own biology of reality so to speak.  Any natural growth is restricted, constrained by the availability of ecological habitat resources and many other practical realities of Nature.  This means we can trust nature to do what it needs to do, biologically as well as fundamentally, and in our case within this conversation, the Wild Horses can become naturally restrained, biologically, within their breeding circumstance and when we consider their natural habitats, and manage them appropriately; thereby, rather than the way they are being managed to destruction currently, with a single-species priority (cattle) type of economic ecology theory that simply show us time and again, this process, this theory, simply does not work.

But, the very serious problem we have today, is the BLM and Department of the Interior, their oversite agency, ignores biology entirely, and approaches the Wild Horse situation, as well as our ecological habitats, within a special interest driven situation.  Then it is combined with a political-motivated confusion-of-reality context, and the cost of simply managing our Federal Lands develops into $-millions of dollars, often into $-billions of dollars, from what is nothing more than a causation, derived from simple ignorance.

So, we can now go to the Natural World of wildlife, and we discover the reality, that “limiting factors” inhibit uncontrolled growth.  By now you have far more knowledge in biology than the common BLM employee, and their way-ward perception of wild horse management; but, as you will see further, their perceptions are very destructive, and cost the taxpayers far more in management-dollars, when compared to the reality of very little management required, and, within a matter of fact context, many of the things they do under the guise of management is simply considered frivolous activity = quite costly.

Getting back now to “limiting factors” is the reality of availability of food and the competition for that food.  What we see on our Public Lands are unhealthy ecological habitats, due to a single-species priority of a non-indigenous nature = Cattle.  There does exist bears cougars, and wolves, which are Apex Predators and real-time priorities within an ecological habitat that upholds a healthy process or living standard.  BLM and others, due to their money-trains, state there exist no predation circumstance in Nevada, for example.  But that is untrue, when we look at the NF&G, and their increased permits to hunt the Apex Predators for population control, and their documentation to support the increase of permits within population removal of the same Apex Predators.

Worse yet, we see a significant over-abundance of cattle, as many technical reports and articles by knowledgeable researchers and ecologists explain very thoroughly.  Then in walks the very lack of knowledge from a BLM employee, and with a smile and totally ignorant, states, “. . . well shoot, heck no there’s no over-abundance of cattle on Public Lands, not that we know of.”  And indeed, that particular person may enjoy his or her status of being ignorant, without even knowing the truth.

Thereby, the problem of misinformation, and actually when one dwells into the legal aspect, would be considered fraudulent activity, as it is basically false information given to the public as well as to Senators and Congressmen, to acquire their Federal Taxpayer Supported budgets for the year.  One can even consider the RICO Act, as it is also, when considering the 2 banks involved making billions of dollars in holding grazing permits as collateral for what is termed Welfare Ranching, and we have organized crime – combined with a very corrupt government agency.

I am pointing out the difficulty here, that creates a low-standard of management principles, that generates a far less situation of healthy ecological habitats, above and beyond Nature’s Ways of going about the business of wildlife survival.  Yes, BLM’s methods toward management of our Public Lands remains in direct conflict with Mother Nature, and her methodologies.  Under their type of management, ironically, Wild Horses do not flourish, they cannot do so under such unhealthy circumstances.  So, the BLM counts, just within principle and known science, or lands management principles, proves that BLM Wild Horse Herd Counts are nothing more than biological impossibilities – then we do fly-overs, and confirm the matter of their erroneous horse counts, which are indeed misinformation in total.

Once again, we run across Nature’s way of doing things, and getting it done quite well, far and above the human species intervention, which most often develops into a travesty of our Natural Environmental Landscape.  But the same situation exists within populations of wildlife, whereas, founding populations do grow (i.e. wolves for example, or cougar, or coyotes) quickly – but over a short-time period, as they encounter limiting factors, growth levels off.

This is why, scientifically, many of us are against these killing-contest of coyote, as it basically bites the nose off of one’s face to spite themselves.  Coyotes, for example, within their “founding” circumstance multiply exponentially, then after awhile will level off to a habitat-controlled circumstance of population resistance – yes, Mother Nature again, at her finest.  Then a kill-off takes place, of the coyote (as one example of many others), and the “founding” period is started all over again, an out of balance with nature circumstance.

The point at which the wildlife population size is within balance with its resources is referred to as “equilibrium.” This is beneficial, and happens when the number of individuals, or species groups for that matter and within a habitat, can and does support very well the species that lives within that habitat, and the “carrying-capacity” of that species, or all of the species within it.  Noticeable is the fact we are on the road to proper management, and again the Natural Process of things click-into-action, so to speak.

A look further in Carrying Capacity

Here is where the rubber meets the road.  We have found two types of carrying-capacities that can explain this very easily.

As within anything in nature, we do find inconsistencies, but not that often within a healthy ecological habitat.  Taking a closer look at Wild Horses, we can find consistency, and lower birth rates when in a healthy environment, where diversity does exist.  The wild horses then move to the “equilibrium” state, or as mentioned above, . . . into a beneficial circumstance, and happens when the number of individuals, or species groups for that matter and within a habitat, can and does support very well the species (diversity and not a single-species priority situation) that lives within that habitat, and the “carrying-capacity” of that species, or all of the species within it (i.e. diversity again).  Noticeable here, but not on our Federal Lands, is the fact we are on the road to proper management, and again the Natural Process of things click-into-action, so to speak.

Much more can be written in the matters of this subject alone.  But, what we are seeing today is a disruption in our ecological Habitats, that eventually, in nature’s time, escalates to the entire Environmental Landscape, and yes, we have some serious problems.

It is a disgusting circumstance that wildlife and animal advocate organizations are taking part in the ignorance of BLM information, and establishing money-trains, I might add very awkwardly, and very ignorantly as well.

Ol Bob, logger, wrangler — had something to say about it, of course, “Well, John, those people would not know a good situation, even if it grabbed them in the ass.”

Yes, often we neglect the reality of what Nature can do and provide to us.  Somehow there exist those people who feel entitled, above and beyond their obvious ignorance, and claim they know everything.  Well, in this case they do not, and it is time to stand up to them, and all ignorance for that matter, as America is being torn apart due to the ignorance that is so common today, and about everything, it seems, the Wild Horses symbolic of that exact situation.  But one thing for sure, we need to stop sacrificing America’s Wild Horses for ignorance.

Posted by Photographer -- Journalist on April 28, 2018 in Uncategorized

← Thinking Like a Planet: Saving Wild Horses Through Quality Ecology
Our Humane Principle’s Show Us Clearly We Need Better Management of our Federal Lands →

12 responses to “The Truth About Carrying Capacity of Wild Horses on Federal Lands: As Biology Shows Us”

Leave a Reply to Photographer and Journalist Cancel reply